In April 1967, Professor Herbert Deane, the Associate Dean of Graduate Faculties at Columbia University, issued the now-infamous “Strawberry Statement”. Not wanting their Institutions to seem any less rigid or draconian in the face of radical student protests, a verbal arms race soon erupted among American Academic Officials. Can you match the resulting statements to the responsible schools?

(Now there's a switch.) Annie made Creamed Corn Fritters for Dinner last night. Apparently, it's an old comfort food staple that her Mother and Grandmother used to make. Annie first made her own creamed corn from scratch, and then mixed crumbled Gimme Lean (vegetarian sausage) in. The Fritters are served hot with Maple Syrup. We wolfed them down last night, and I'm having the last of them this morning: 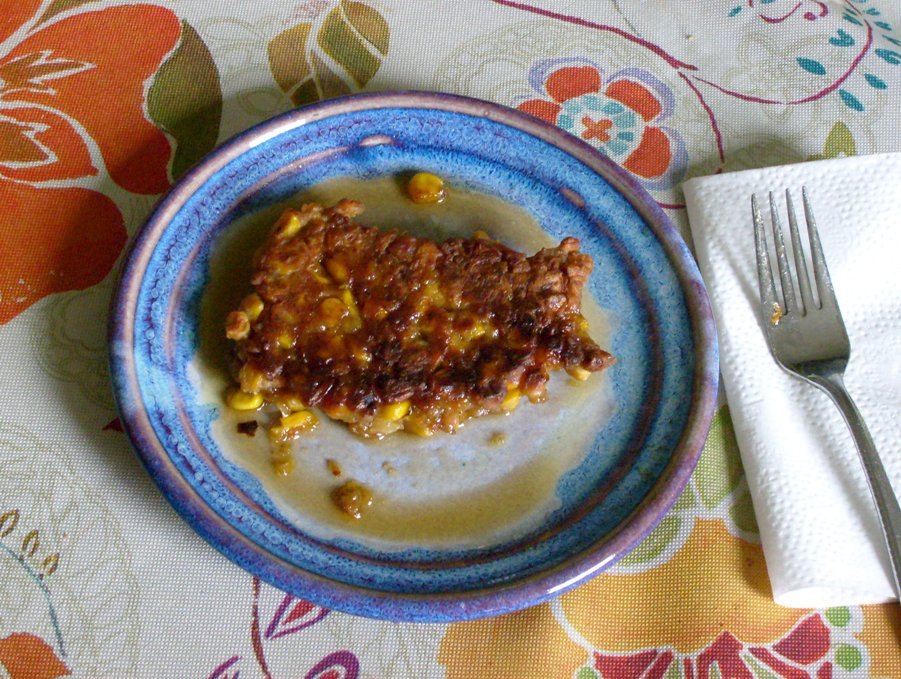 This is a gallery of some cool highway overpasses that are just for Wildlife, not only in Europe, but also in the U.S. and Canada.

Amazing Animal Bridges Around the World
Posted by Mike Cohen at 11:38 AM No comments:

Scientists have agreed to study this mysterious cloth, popularly known as "The Shroud of Torino". Could this have been Jesus' car cover? 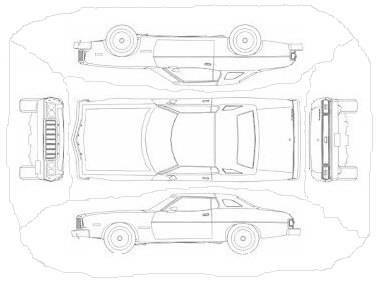 In a blatant attempt to win a "Red Sox VIP Fan Experience" contest, so that I could treat my Sweetie to a trip to Fenway Park, I ginned up this picture, thus prostituting what has been the best experience I've had so far this Summer.

This is me and my good friend, the Gecko from You-kow-who, reading Chapter 10 of "Moby Dick" aboard the Charles W. Morgan, at Mystic Seaport last week. 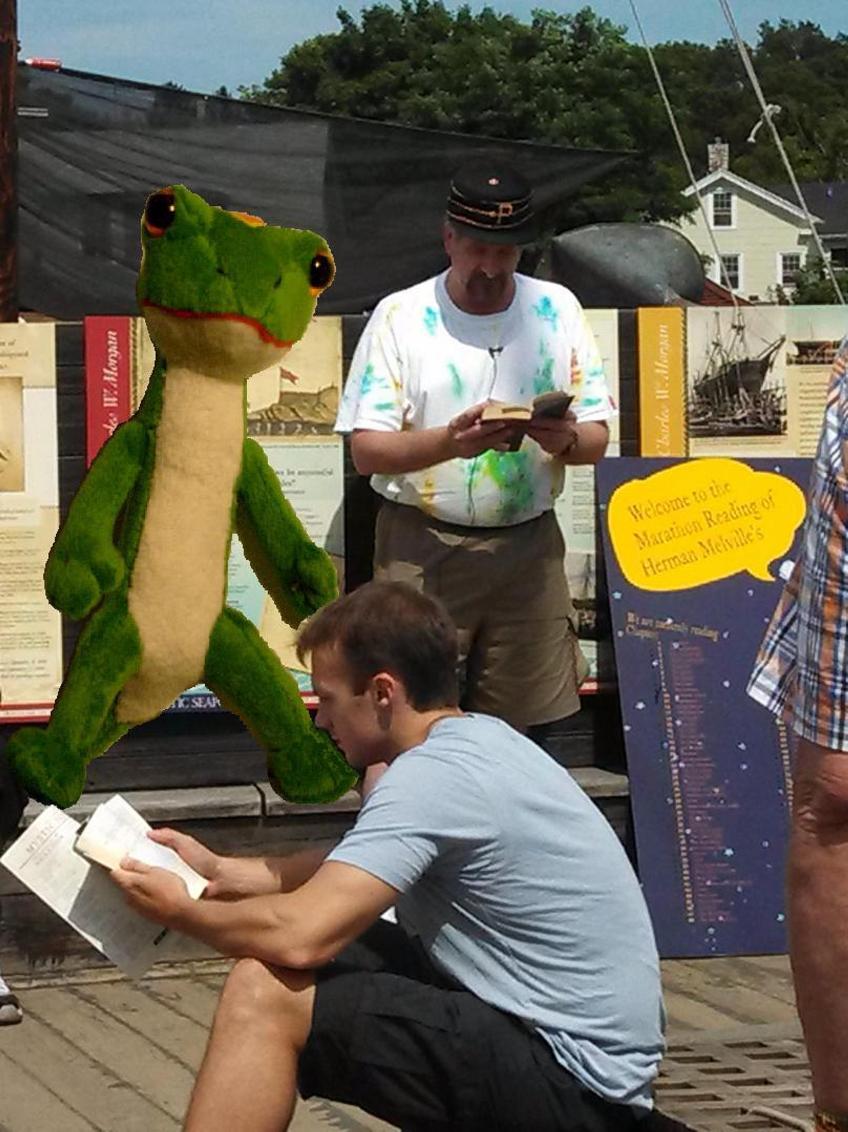 At the Moby Dick Marathon at Mystic Seaport, yesterday. Every year on July 31st, they read the entire book out loud, for 24 hours straight, in honor of Melville's Birthday (on August 1st).

The first nine chapters were read in the Greenmanville Chapel. Then we moved to the deck of the Charles W. Morgan. I had signed up for Chapter 10, so I got to do the first reading on board the just refloated Morgan. It was originally launched in June, 1841, and is the only remaining wooden Whaling Ship in the world. It has been undergoing a major restoration, and was relaunched on July 21. I am standing just behind the Tryworks, which, unfortunately, has a signboard in front of it. But the brick fire chambers and iron pots are right there in back of me. And further behind me, up in the Bow, there are people busily caulking seams. 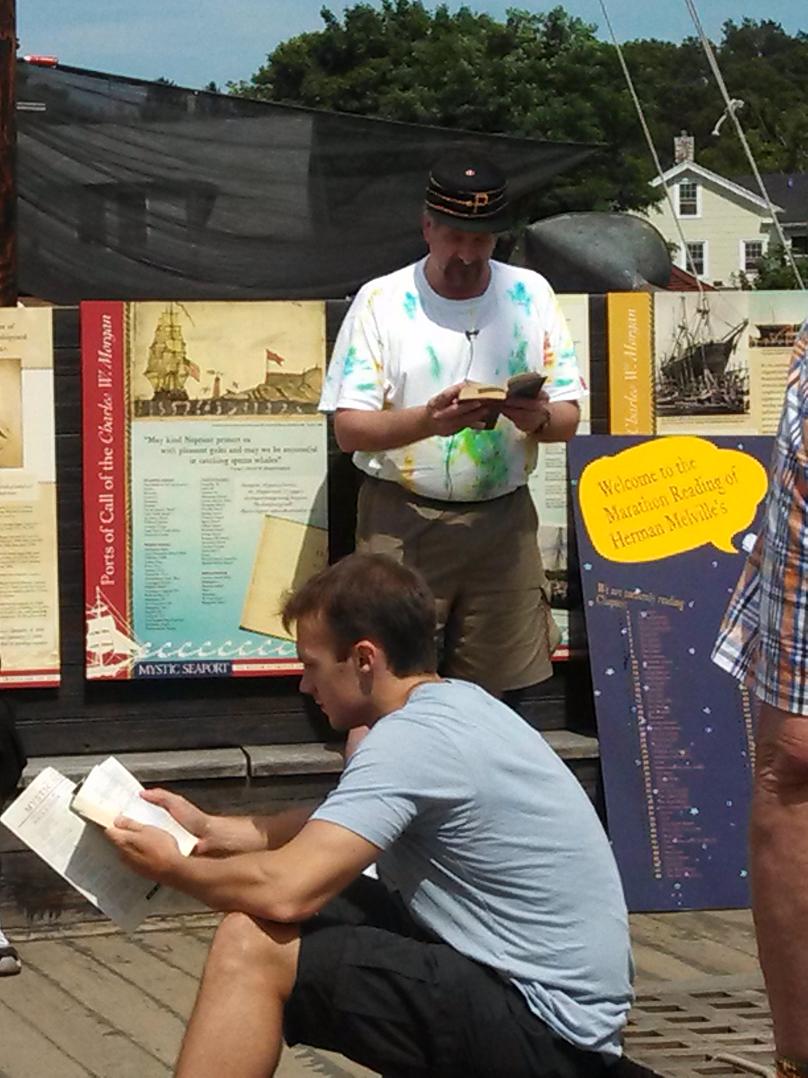