...Hundreds of millions of years ago, in Connecticut 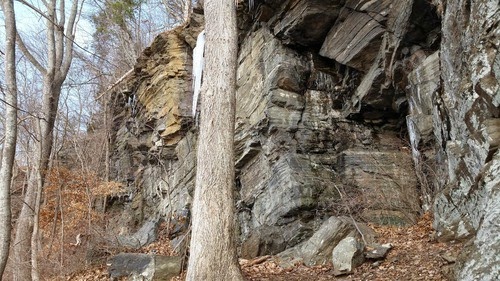 I saw this picture from the above article, and immediately recognized those rocks. They look just like the ones at the sides of Ragged Mountain in Southington, CT, one of my favorite escapes while at the Upstate Normal School.
Also, listen to this (from an influential 1966 paper on Plate Tectonics by Prof. J.T. Wilson): "New England is divided by a major fault zone into two provinces underlain by quite different rock formations. Of the few occurrences of the Lower Paleozoic faunas, all those with European affinities lie to the east of the fault zone; all those typical of North America to the west." This is a clear, scientific explanation for the sharp divide between Red Sox and Yankee fans.