Some people are really into Halloween.  I was out biking between North Andover and Georgetown when I spotted these inflatables on Ipswich Road in Boxboro: 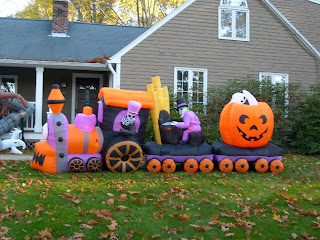 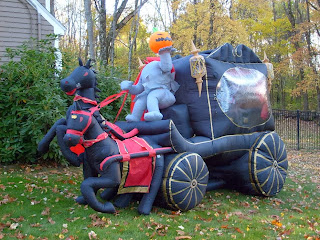 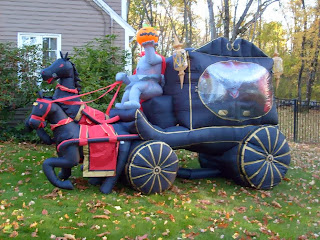 The coach had been blown over onto its side, so I went up into the yard to set it upright. I was standing there, in my Bike Clothes, taking pictures, when a Mini-Van pulled into the driveway. A woman got out with a very questioning look on her face. She was worried that I might be an unhappy neighbor who did not approve of her decorations. I assured her that I was only taking pictures because I did approve. In fact, I had originally noticed the Coach last year, but was never able to get a picture. She then told me that her kids loved the inflatables, but were only allowed to pick out one new one each year.
Posted by Mike Cohen at 6:30 PM