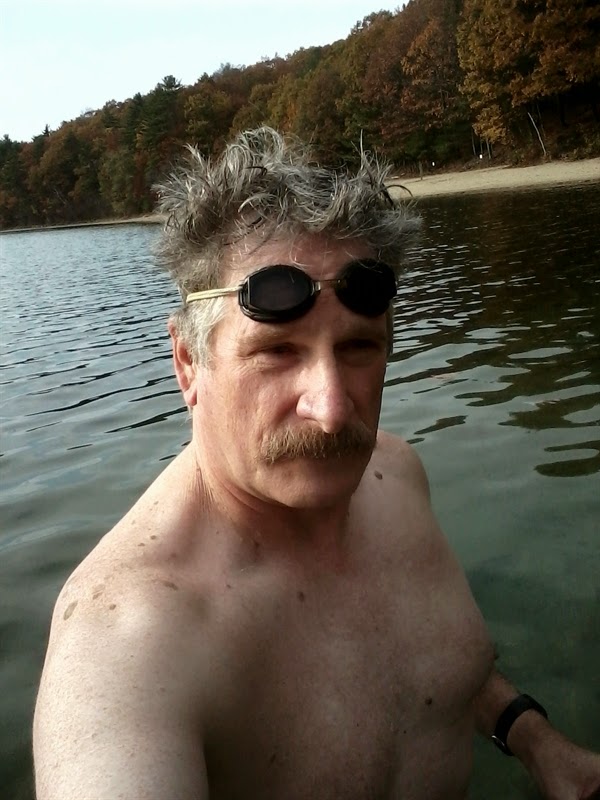 It's not that easy to take a Selfie when there's no handy mirror, and you're freezing: 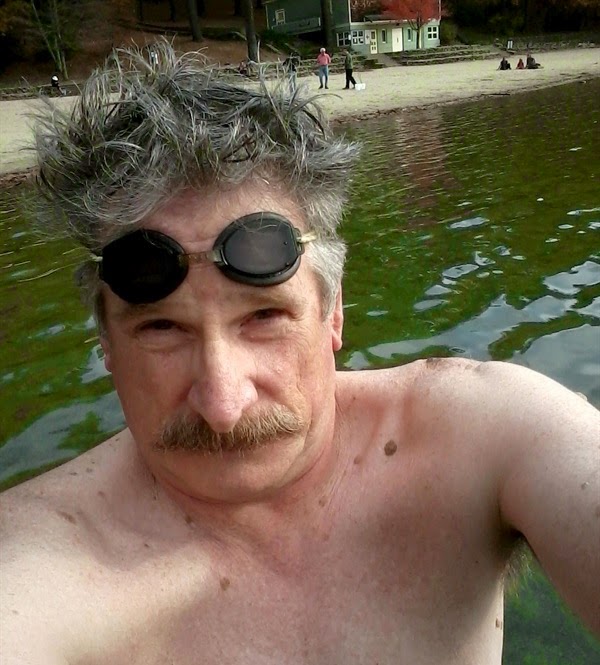 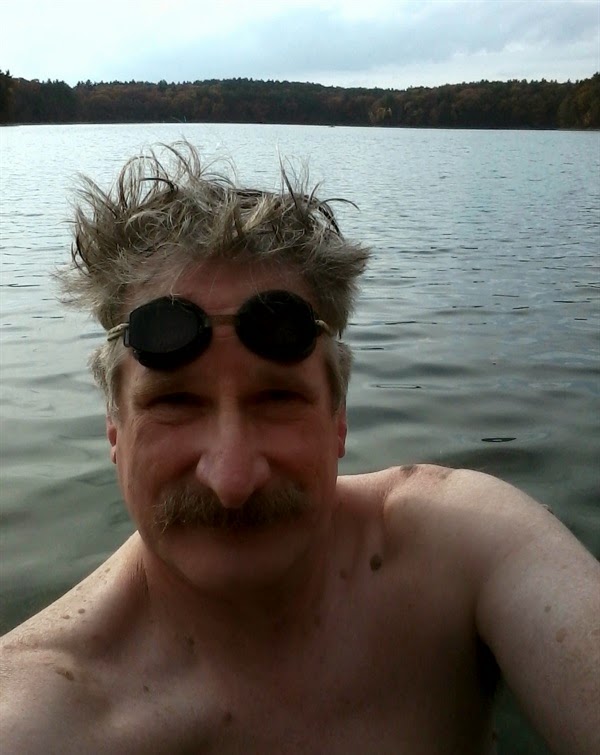 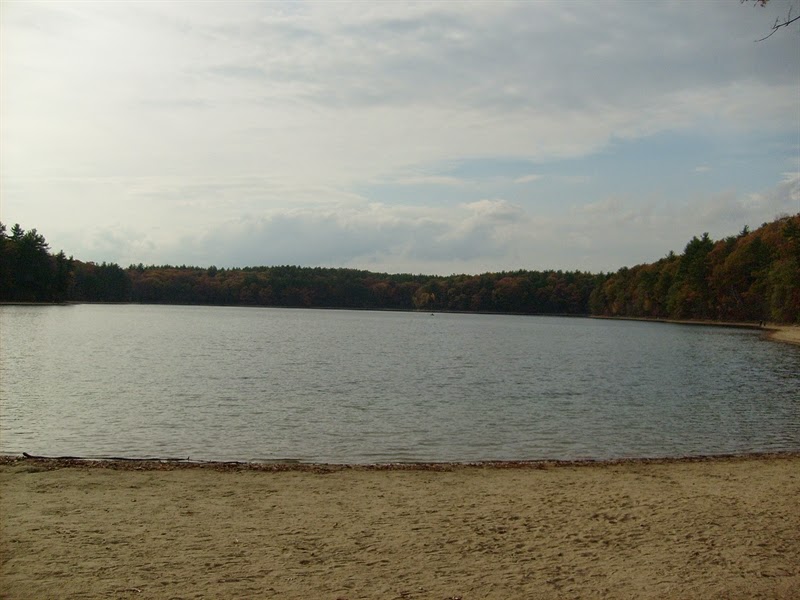 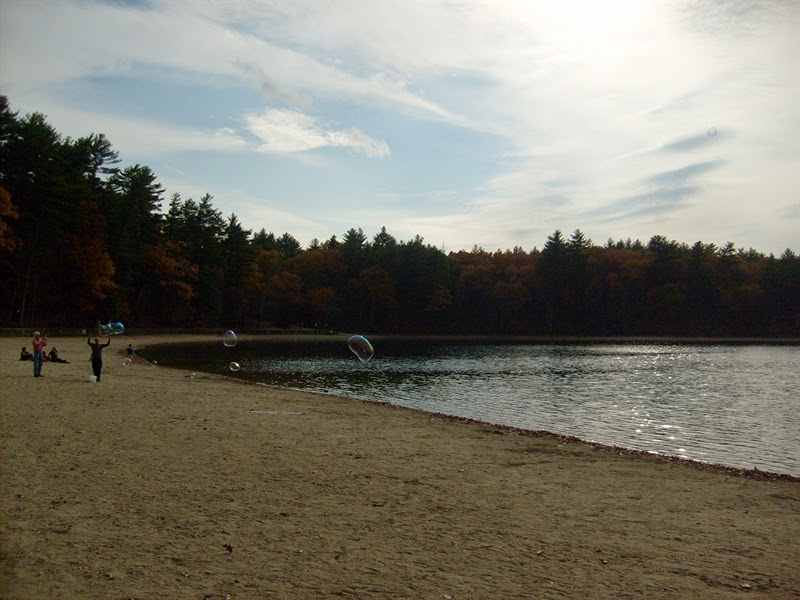 (From the Book of Faces:)
S. Schultz: Clearly, you're mad if you swim in Walden Pond in November!
Me: That's why I cleverly snuck in that last swim while it was still October! Bwahahahah!
M.J.D. Maichack: You get the chilly swim medal.
S. Schultz I thought maybe you had to wait for the entire beach to be clear of people before you would take your shirt off!
Me: Actually was wearing a 'swim shirt' during the Summer to avoid getting sunburnt. Last time was mid-September, when I swam across Harriman Reservoir in Vermont. Wore it mostly for visibility (sometimes there's a lot of boats pulling water skiers), rather than to block the sun, though.
Posted by Mike Cohen at 3:30 PM