Not to set off an Organ Recital, but it seems that I have some very large oxalic crystal deposits in my renal glands on both sides, to both Port and Starboard.
I believe this is the correct Medical terminology, as in:

LOOKOUT #2: Even gianter Kidney Stone off the port quarter!

CAPTAIN AHABERDASHER: Steer her straight between them, right down the Urethra, Mr. Starbuckscoffee!

As a consequence, if I work out too vigorously, I have some unpleasant side effects: 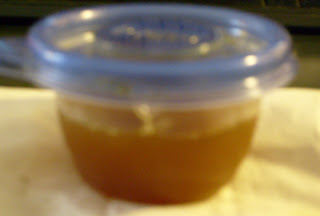 (In other words, my urine is dark brown, not just from dehydration, but because it's apparently full of blood,  or bile, or something.)

Besides wondering, "Am I going to die?", this means that I have had to really cut down on my excercise. But since it was such a nice day today, I biked on back roads from Groveland to Newburyport, crossed over to Amesbury on the Chain Bridge, and then biked west along the shore of the Merrimack, back to Haverhill and the bridge to Groveland. That area, and especially the stretch along the river, is beautiful, so even though it was only a 23-mile ride, it was a scenic one.
Posted by Mike Cohen at 6:30 PM No comments:

New Englanders love Forsythia because it blooms in early spring, before almost everything else. The bright yellow flowers are the first color we see, besides daffodils and crocus. People make hedges out of it, or just let it grow and grow, for the sheer pleasure it brings. It's actually a member of the Olive family. Originally from China, it was imported to Britain and then here. (Click on any photo to see larger version:) 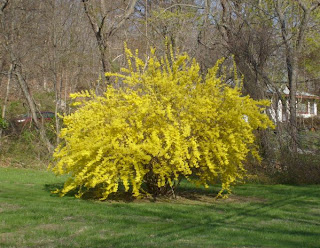 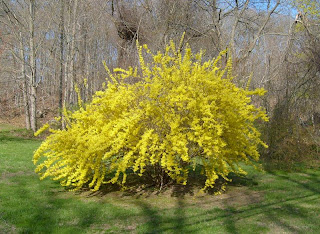 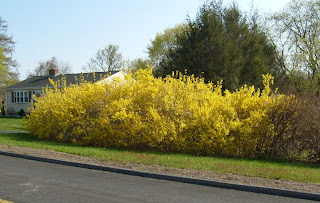 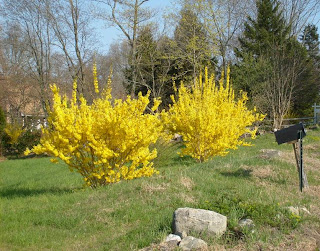 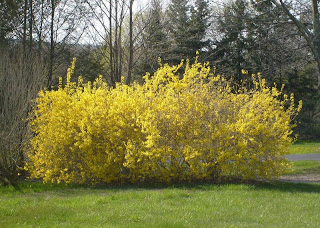 Only caught this out of the corner of my eye yesterday, before I got tied up with other stuff, but it's phantastic. Google now brings an overlooked sense experience to the Internet:

Google Nose BETA
Posted by Mike Cohen at 10:47 AM No comments: