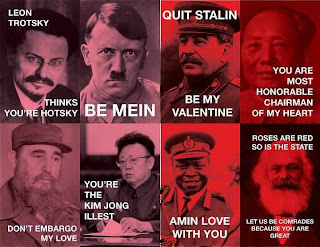 As soon as I saw it, I thought, "Hmm...totally inappropriate VDay Cards. What an interesting idea!", and quickly came up with:

And then, after some reflect﻿ion on how to be even more politically incorrect, I came up with this: 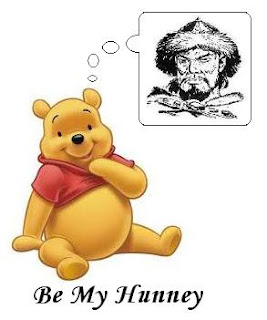 Happy Valentine's Day, Everyone! And, as we used to say in the French Légume, "Don't take any wooden nookie." 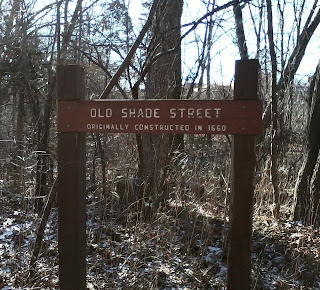 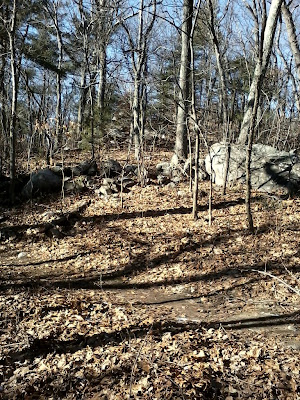 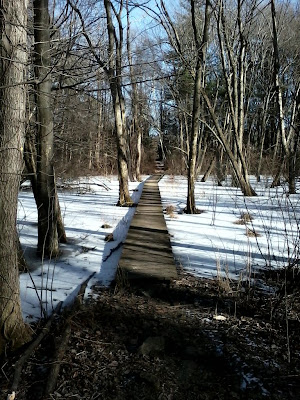 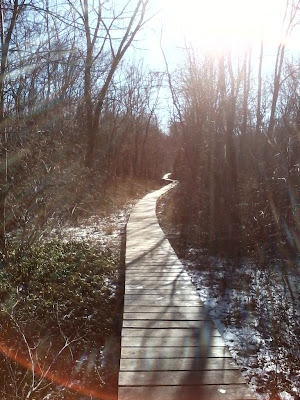 Words We Need in English

Here are three things that nobody (as far as I know) has a word for yet, but should:

a) the Person who, no matter how bad things are, can always make it worse; or when something is almost settled, says the one thing that gets everyone going again,

c) a Movie that is so bad, it actually takes you longer to describe everything that is wrong with it, than it would take for your friends to see for themselves.

Here are two useful words coined by Lizzie Skurnick: Palbatross (pal-ba-tross), "the friend of a good friend, whom you don't actually like or get along with, but have to put up with"; and Stincubus (stinc-u-bus), "the source of, or causative agent behind, a demonically-persistent bad odor".

Posted by Mike Cohen at 8:56 PM No comments:

While walking in the Conservation Land near Horn Pond in Woburn, I saw some unusual, lacy bell-shaped pods hanging from vines along the trail. At this time of year, it's typically very cold, and the trail is often blocked by trees bent over by heavy, wet snow. And there's usually a flock of Robins watching you from all along this particular trail (they stay there through the Winter), so it is a lot like walking through Gang Turf.

But today, it is warmish and very gray out, and I noticed these pods instead. Even though I have lived in New England for a very long time, I've never seen anything like them before. They must be the skeletons of some sort of plant growth, but they most resemble little loofahs that have been cut in half. Since they are growing on vines, I guess that makes them "Tree Sponges". (Click on any photo to see larger versions.) 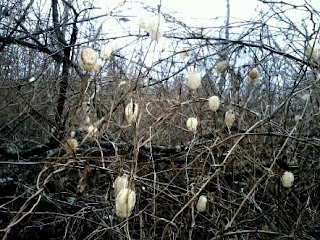 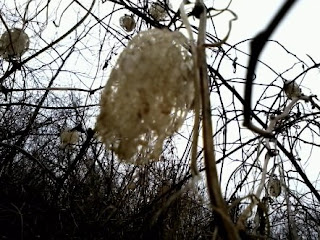 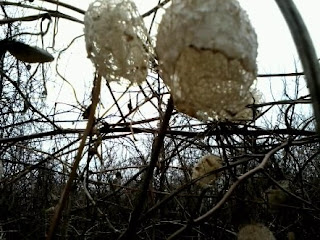 Posted by Mike Cohen at 4:00 PM No comments:

Break in the Weather

The weather is on the mild side here, so yesterday's omelet from Cousin's Restaurant in Woburn Center reflects it: 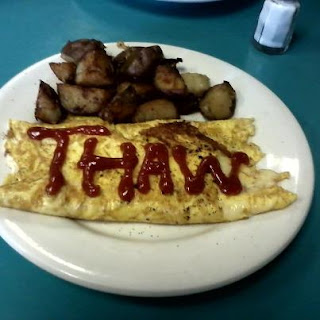 Posted by Mike Cohen at 2:14 PM No comments: