The Story Space Committee (of which I am a Member), has been working very hard to bring this event together.

Back on Tuesday, February 4th, 1992, Brother Blue and his wife, Ruth Hill, convened a small group of storytellers at the Bookcellar Cafe in Cambridge, MA. This was no ordinary monthly swap meet or "Third Wednesday" open mike. Here in the friendly confines of a bookstore with a noisy espresso machine and a laid-back atmosphere, they began a weekly Storytelling venue, meant for seasoned tellers and newcomers alike. No one had tried to have storytelling every week before, but it caught on - big time! The gatherings grew, both in attendence and fame. People from all over the U.S., and many other countries, came to tell and listen to stories.

How time fies! We're now coming up on our 20th Anniversary, with much to be proud of and to rejoice in. Brother Blue has passed on, but his inspiration lives. The gathering he started is now The Story Space, and it still meets weekly in Cambridge. Inspired by Blue's example, many other storytelling venues have been started all over, but we are still the World's first and only weekly storytelling venue.

So, in recognition of our 20th Anniversary, we're planning quite a celebration, including a performance by Nationally-known, Master Storyteller Jay O'Callahan. 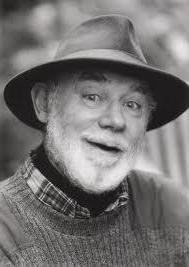 Jay was, by a strange coincidence, the Feature at that very first meeting back in 1992! We'll also by joined by Ruth Hill, esteemed tellers, and other surprise guests.